This tag is associated with 4 posts

Texas Right to Life General Counsel Emily Cook is attacking Texas Medical Association on Facebook, even though virtually every other pro-life, medical, nursing, hospital, and disability group in Texas oppose SB 2089 by Hughes, that would change the “Texas Advance Directive Act, “TADA” will harm patients and attack the right of doctors to refuse to act against our conscience.

Here’s a partial list of organizations opposing SB 2089: Texas Medical Association, Texas Baptist Christian Life Commission Ethics, Texas Catholic Bishops, Texas Nurses Association, Texas Society for Anethesiology, Texas Osteopathic Association, Catholic Health Association, Texas Hospital Association, Baylor Scott and White, Texas Teaching Hospitals, Texas Alliance for Life, Coalition of Texans With Disabilities.
The central question isn’t “10 days” or the actions of a “Committee.” Doctors start the process, and under the law, the Committee can only affirm that his decision is medically appropriate or not.
The question is whether a patient can demand that a doctor be forced against her conscience to indefinitely write orders and provide treatment she believes is not in the best interest of the patient because the patient or family wants it?
The patient is near death and in the hospital, so the doctor can’t morally just “fire” him if there’s a disagreement. We all agree that 10 days isn’t enough time for families, and have tried since 2005 to add days to the process – we had a Bill that would expand the time to a month in 2007. (CSSB 439)
But Texas Right to Life would/will accept nothing but indefinite “treatment until transfer.” They keep demanding lawyers, courts and trials for medical decisions.
This is the issue that caused the break between TRTL and the Catholic Bishops.
It would force Drs to violate our conscience, without compromising with a set, limited time frame.

SB 2089 ends the ability for a doctor to “refuse” medically inappropriate treatment, only allows “recommending,” (while being legally required to act against her conscience, harming the patient, prolonging death and increasing side effects, requiring more treatments.)

There’s no leeway, at all, in the new Bill.

SB 2089 specifically says anyone can file a lawsuit in any Court in the County, the Court can’t charge the patient (or surrogates) any fees, and the judge is required to rule in 5 days.

More doctors will limit the number of older or sicker patients to keep from falling under the dispute process and the Court battle.
Even tertiary hospitals – teaching hospitals and big City referral hospitals – will find that their doctors don’t want to accept patients from outlying hospitals.
It will kill tort reform, because it’s designed to get all these cases into Court.
It’s like the Masterpiece Cakeshop case, only bigger, in my opinion, because if doctors lose here, we lose the right to conscience in everything.

If you believe that even doctors have the right of Conscience, and that infringement of the right not to be forced to act against your will is wrong, please contact your Texas Senator and Lieutenant Governor Dan Patrick and respectfully ask that SB2089 not be brought up.

You can let me know if you disagree on my Facebook page.

Bravo, to all the Letters to the Editors and comments in favor of religious free expression, conscience and State’s rights that I’m seeing. (My hometown paper has one from a man I don’t know – but only subscribers can read it.)

This administration has already imposed regulations that infringe on the right of conscience of physicians and other health care providers. (“Anti-abortion” docs should never serve under-served areas and should have cooperative referral agreements with abortionists according to previous opinions by Sebelius.)

Who wants a doctor or church leader without a conscience giving you medical or spiritual care?  Or even picking out what you hope is a reliable insurance company who will be there when you really need them?

In a particularly unconscionable moment, one Obama Administration representative told representatives of religious organizations that they had a year to reconcile – with Obama, not with God. 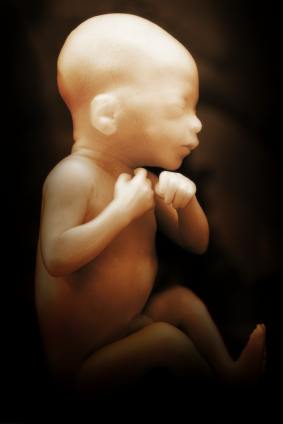 Friday’s announcement that the Obama Administration would force employers – including nonprofit religious employers – to pay for their employees’ contraception and abortifacients is just the latest example of how the abortion industry and its friends in the Obama Administration are attacking these well established rights of conscience in ways even the authors of Roe and Doe did not envision.

via The Obama Administration’s Attack on Roe v. Wade and Doe v. Bolton |.

Wonderful news on Conscience from Arizona

Without a conscience, what is a doctor, nurse, or pharmacist except a technician willing to follow the whims of law?

(Again, this is not sound-bite material!)  I received an e-mail from the American Defense Fund concerning the lawsuit against the State of Arizona by Planned Parenthood over a law to protect those of us in medicine who have consciences.

The ruling overturned a two year old injunction that prevented quite a few limitations placed on abortion in the State, including informed consent, parental consent, and the requirement that doctors, not nurses, perform abortions as well as the conscience issue.

Over the last decade, there have been several deliberate attacks against the right of medical professionals to obey our consciences and to refuse to provide services that we do not believe are “medical care.” I’ve tried to cover them at LifeEthics.org., even though I had a hard time keeping my promise to avoid politics and religion on that blog.

The articles at LifeEthics.org include this one from the American Journal of Bioethics, this one by a lawyer writing in the New England Journal of Medicine, and this one from this year about the Obama Administration’s refusal to protect the conscience.

The Arizona Court of Appeals issued an opinion today on conscience rights.

In a case litigated partially by the State, partially by the Speaker of the Arizona House, and partially by ADF, BDF, and CAP on behalf of a variety of pro-life medical groups (Ave Maria Pharmacy, Christian Medical and Dental Associations, Christian Pharmacists Fellowship International, American Association of Pro-Life Obstetricians and Gynecologists, and Catholic Medical Association) . . . . . . the Court upheld Arizona’s state conscience protection statute Ariz. Rev. Stat. § 36-2154, against a challenge by Planned Parenthood of Arizona. The Court also upheld the right of the aforementioned pro-life groups to intervene in the case to defend the conscience law.

Here is the opinion,http://azcourts.gov/Portals/89/opinionfiles/CV/CV090748.pdf and below I provide some highlights.

The conscience statute protects hospitals, physicians, and staff from being involved in abortion, and all of the above plus pharmacists and pharmacy employees from being involved in any abortive or anti-implantive drug or device. The Court of Appeals’ decision reverses an injunction that Planned Parenthood had obtained below in the Arizona trial court, which had enjoined not only conscience protections but a bunch of pro-life provisions of Arizona law (including laws about parental involvement in abortion, prohibiting non-doctors from performing them, and other pro-life measures).

PP threw the kitchen sink of anti-conscience arguments against this conscience statute, and the Court specifically addresses PP’s arguments on pages 32-37, saying some very helpful things against some of the popular “access” arguments we all hear against conscience rights. (The Court does unfortunately characterize the conscience statute as “refusal provisions.”)

Among the arguments the court smacked down are the following:

Presumably PP will appeal this case to the Arizona Supreme Court, but the Court has discretionary review so it could simply deny the petition. In any event, the case will go back down to the trial court for final proceedings (to the same judge who issued the injunction), because this was just a “preliminary” decision.