This tag is associated with 2 posts

The Kindness Of Capitalism: How The Texas Economy Cares For The Community

Here’s a bit of an essay by Melissa Clouthier. 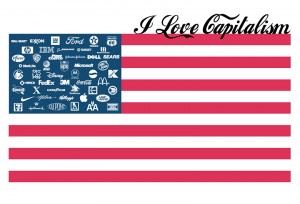 People have had to make Texas what they want it to be. They have wildly succeeded.

The government reflects the landscape: spare and open.

Want a life of government paid-for ease? Don’t move to Texas. Move to California, New York or Michigan–well, until they stop using debt to finance their lavish ways. They’re out of money.

So, on this backdrop, here’s a story about the kindness of capitalism in Texas.

Capitalism, the Texas kind, is kind.

The free market here in Texas creates jobs. People with jobs have dignity.

Kindness according to big government types is some distant person making a decision for another person with other people’s money. It’s all very detached. It lacks personal warmth, connection and accountability.

Liberals want social services to not have any behavioral expectations. When a person is receiving help from a local charity or church, the organizations know the people. There’s an element of involvement and expectation. Isn’t that a good thing?

via The Kindness Of Capitalism: How The Texas Economy Cares For The Community « Blog Entry « Dr. Melissa Clouthier.

It’s time for Governor Sarah Palin and Governor Rick Perry to fish or cut bait. Conservatives must begin the process of forming a coalition that can beat Obama. Like everyone else in the Nation, I’m waiting for an announcement from one or both, declaring their candidacy for the Republican nomination for President.

However, Conservatives must remember that we are first of all Conservatives, not Palin-supporters or Perry-supporters. Our true enemy is big government and threats to our Conservative ideals. We must strive to conduct the 2012 Primary in order to build up and not tear down fellow Conservatives and avoid writing the Dem’s ads or making the progressive spoilers stronger.

Today, Governor Palin “reTweeted” an essay written by one of her supporters on the blog Conservatives4Palin. The article is absolutely more pro-Palin than anti-anyone, and rightly praises her for her accomplishments  in her two years in office in Alaska.  Unfortunately, the fact that she shared the piece is being touted as proof that Governor Palin will run and/or will not endorse Governor Perry.

If we are going to begin to compare the candidates, I would like to see a true comparison that properly evaluates Governor Perry’s 10 years in office:

1. that doesn’t mix liabilities and debt

2. the equivalent calculation considering relative population through the years and in light of Texas’ originally higher population compounded by growth of approximately 1000 a day, mostly from people who move here from other parts of the US,

3. the relative burden of illegals crossing the Rio Grande

4. the Federal  Department of Justice, Immigration and Customs Enforcement and Homeland Security policy of transporting illegals from all areas of the US to Texas prior to deportation.

(edited at 5 AM, to add note that “Texas does not allow the Governor a line item veto.” BBN)