Frank Culbertson Captain, USN Retired, the commander of Expedition 3 on the International Space Station, was the only American not on Earth at the time of the Sept. 11, 2001 terrorist attacks. 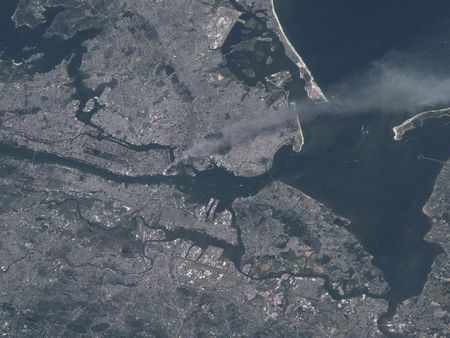 As soon as Culbertson learned of the attacks, he began documenting the event in photographs because the station was flying over the New York City area. From his unique vantage point in space, he recorded his thoughts of the world changing beneath him.