Gambling costs aren’t worth the revenues (& @JoePags is wrong) 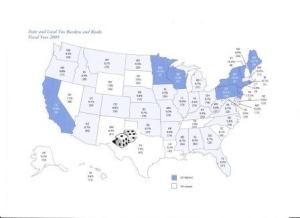 @joepags “Joe Pags” on WOAI radio hung up on me – again – last night. It’s so frustrating to have the phone sudenly go silent – and, since I’ve turned off the radio while on the phone, I can’t hear Joe’s next comments.

This time, the topic was yesterday’s news about a push for legalized casino gambling in Texas and why Mr. Pagliarulo should be able to gamble legally in Texas, rather than take his money to Oklahoma, Louisiana, or Las Vegas.  I’ll give discuss the evidence and give references to studies showing the adverse effects of gambling later on, but first, let’s examine Joe’s poor arguments in favor of gambling.

Joe complained about our State property taxes, as one of the highest in the Nation. Yes, we are ranked in the top 10, for property taxes. However, Texas’ State sales tax is moderate and we have no income tax, making our overall tax burden number 45 in the Country.

He accused the first caller of “judging” him, because the man said that he believes that gambling is immoral. No, the man was judging the morality of gambling, never brought up the morality of people who disagree with him.

Besides, aren’t all laws based on morality?

Joe argues that “liberty” demands that those of us who object to gambling should allow gambling by those who don’t. He even told one caller that if he doesn’t like gambling, just don’t go to the casino. (Sounds like one of the shaky arguments in favor of abortion or same sex marriage, doesn’t it?) However, Joe is advocating a change in Texas’ State law. Those of us who vote are responsible for the consequences of our votes and for the laws our Legislators make, therefore we are complicit with what we consider immoral, whether we partake or not. Joe is still at liberty to go to a State where gambling is legal. To force us to be complicit with his gambling is “license,” not liberty.

Joe claims that everyone who objects to casino gambling should be carrying signs and protesting the Lottery and racetrack gambling in Austin. Joe may not realize that many of us objected to both of the above before they were legalized – and we were right in that they certainly haven’t solved the State’s revenue problems. Nevertheless, the fact that the rest of us have other priorities (like my own work for traditional medical ethics and pro-life laws), doesn’t mean that we are willing to sit still while the law is changed, yet again.

And then, Joe argues that the fact that Louisiana and other States continue to allow legalized gambling must prove that the benefits of gambling outweigh the costs to those States. That argument hasn’t proven to be true. At best, gambling is a (mostly) voluntary way of redistributing wealth. In fact, this report claims that States only benefit when people from outside come in, leave their money and then go home, and reports that the National Gambling Impact Study Commission goes so far as to report that the evidence that gambling benefits outweigh the costs is “poorly developed and quite incomplete.”

The economic benefits of gambling are often at the expense of other sections of the economy and are short term. In fact, analyses indicate that lotteries and horse racing may actually increase State revenues, casinos and grey hound racing do not. At least one statistical study finds no “relationship between real casino revenues and real per capita income at the state level.”

The societal or socio-economic costs of legalized gambling have been compared to those of drug abuse and include the social ills that accompany addictive behavior:

According to the Texas Public Policy Foundation, the economics of legalized gambling aren’t a good bet for Texas:

Costs associated with gambling include: (1) a reduction of approximately 10 percent in state lottery revenues; (2) an investment of approximately 10 percent of revenues in regulatory costs for gambling; (3) criminal justice costs underwriting an 8 to 13 percent increase in crime; (4) lost state and local revenue resulting from diversion of spending from goods and services to gambling; and (5) lost jobs resulting from decreased spending on non-gambling goods and services.

The financial costs of gambling are evident in experiences of communities and states:
• 24 out of 57 counties in the U.S. with casinos experienced job losses
• Atlantic City went from 50th in the nation for per-capita crime to first and violent crimes
rose by 78 percent, during the first three years of casino gambling
• Sales declined 10 to 20 percent in Natchez, Mississippi after gambling was legalized
• Counties with casinos have a bankruptcy filing rate that is 13.6 percent higher than in counties without casinos throughout the nation
• Delaware reports spending between $1 to $1.5 million annually on gambling-related costs and Wisconsin reports spending $63 million annually

The proponents of gambling ignore the costs and emphasize the benefits of tax revenues from gambling.

“Overview of the Economic and Social Impacts of Gambling in the United States” Douglas M. Walker. College of Charleston, November 2011 http://walkerd.people.cofc.edu/pubs/2012/OxfordCh_dist.pdf (accessed 10/10/12)

“The Costs and Consequences of Gambling In the State of Delaware” State of Delaware, Health and Social Services, Division of Substance Abuse and Mental Health October, 2002. http://www.udel.edu/healthserpolresgrp/gamrpt02.pdf