Honk if you love pizza and abortion!

​Perfect pro-abortion slogan: “Honk if you love pizza and abortion!” 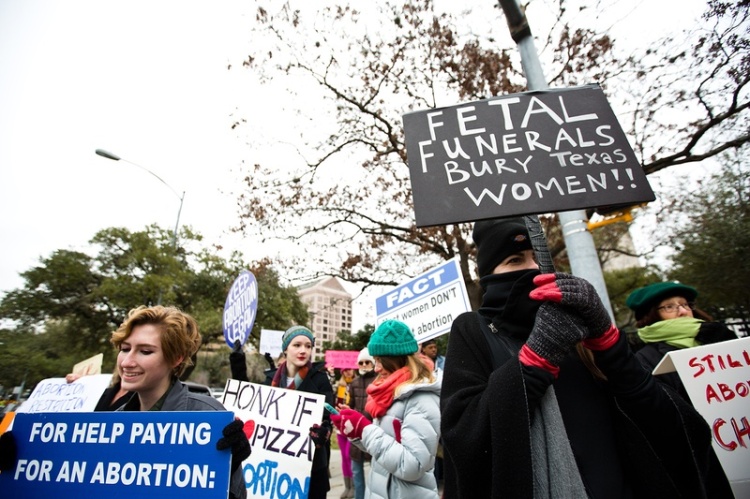 Because, equivalent, yes? And illogically proud of it – see the young woman in the left lower quadrant. That sign certainly is evidence that “reproductive rights” advocates are, indeed, “pro-abortion.”

The Texas Tribune is providing its usual biased coverage of the Texas Legislature. The editors allowed the banality of a pro-abortion sign equating the love of abortion and pizza to creep into their report on the fears of the groups who make a profit from ending the lives of the most vulnerable humans and their advocates.

There’s no logic in claiming that an abortion doesn’t end the life of a human. With current science and technology, it’s anti-science to make such a claim. Proponents of elective abortion deny that every human is endowed with inalienable rights. Instead, they defend the falsehoods that embryos and fetuses are less than human and definitely not human-enough to possess inalienable human rights.

As to the complaints about insurance coverage for abortion? It’s called, “Elective abortion.” Insurance shouldn’t pay for “elective” procedures. And seriously: “a rider” to pay for elective abortion?  How fiscally responsible is that?

“Heart” if you (heart) graphic proof of illogic and irresponsibility