Sorry, @TheBabylonBee, even you aren’t this good! 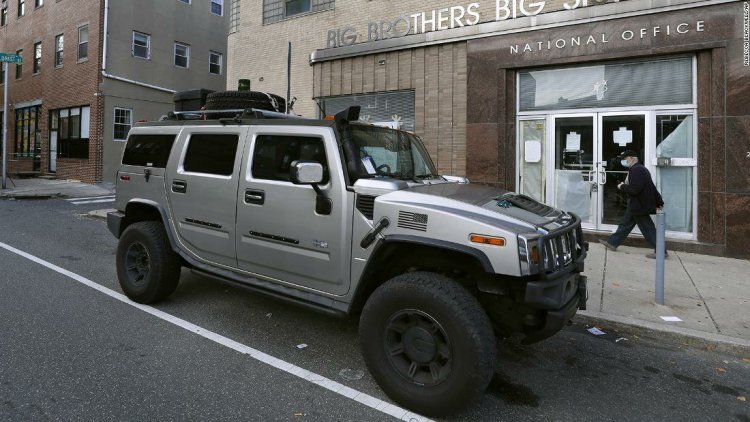 Note that the Hummer is parked in front of “Big Brother!”

Do you believe this one? It’s either a (dare I say “CIA?” “Deep State?”) Left-wing attempt to implicate “QAnon,” the result of a HUGE overdose of testosterone and anabolic steroids sufficient to cause psychosis, or a spoof.

I prefer the latter, but let’s face it: one guy worked for the City of Chesapeake, Virginia.

I’d arrest them on suspicion, based on displaying the flag, alone!

Reported by CNN, based on a local TV news story,

Investigators say Lamotta was wearing a Beretta handgun in plain view and Macias was concealing another.

“He had a Beretta .40 caliber pistol under his jacket and a Virginia conceal and carry permit. The state of Pennsylvania does not recognize handgun permits from Virginia, so he was also taken into custody,” Outlaw said.

The article hits every boogey-man Right-wing myth the Left tell their parents (Lord knows they don’t have kids to terrify) to justify antifa.

I love the BabylonBee, @TheBabylonBee, but even they can’t make stuff up that’s this good!