Dividing Conservatives: Who Started This, Anyway?

(The ACLU is probably hiring lawyers as we speak. See! Government can create jobs outside of Government bureaucracies.) 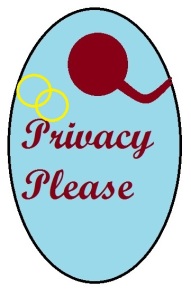 Remember when we were told not to pay attention to what people do in the privacy of their own bedrooms? Now, they’re forcing us to watch. We didn’t start this round, but get ready: Conservatives who believe that marriage is between one man and one woman will be treated as divisive and accused of splitting the Conservative vote.

President Obama has declared his support for legislation ending the Defense of Marriage act. The bill, the Respect for Marriage Act, will be heard today in the Senate Judicial Committee.

The full title is, “S.598, The Respect for Marriage Act: Assessing the Impact of DOMA on American Families.” In the House, it’s H.R. 1116. According to the Examiner.com,

The bill which was introduced by Sens. Dianne Feinstein (D-Calif.), Patrick Leahy (D-Vt.), and Kirsten Gillibrand (D-N.Y.) would repeal all three sections of DOMA which places a strong federal hold against states rights in the matters of legalized same sex marriage recognition.

The new bill is set out to repeal specifically the sections in which DOMA defines marriage as the union between a man and a women, instructs states not to recognize same sex marriages performed in other states and prohibits the federal government from recognizing legally performed same-sex marriages.

Which is probably exactly where it should be heard. After all, now there can be more lawsuits,like this one in Vermont against private business owners who does not want to celebrate same sex marriage in their Inn.

There’s a conversation on Facebook about whether the phrase “gay conservative” is an oxymoron. I maintain that it is.  Will organizations like the Log Cabin Republicans still want to vote with Conservatives who are happy to form coalitions on fiscal  matters, small government, and the sanctity of life, but who won’t support the change they want to make in the family or the definition of marriage? Will they join in the debate in favor of “Respect for Marriage,” and how will they do it?

The basic unit of society is the family. Social experiments with the family are not conservative because they risk weakening that basic unit, the source of support and protection in times of crisis and where we learn the skills that allow us to function in the greater society.

There is no historical support for same sex couples forming a stable family.  There’s more empiric evidence for stable families resulting from polygamy. For that matter, the Egyptian Pharaohs, who practiced incest in order to keep their power in the family, managed to hold their reign together longer than the entire history of open same-sex lifestyle, much less the legalization of their “marriages.”

Those who disagree with me tell me to go along to get along and to quit bringing “the church” into politics, “because parties are about politics & policy issues not religious ideology.”

While I do have strong religious convictions, I don’t like to use religious arguments in politics. I don’t need to claim that the only reason to support traditional monogamous marriage is because marriage is a covenant with our Creator. I consider the fact that I can debate tough philosophical (even “ideology”) by using empirical arguments is proof that my position is close to the truth.

My fellow conservatives and I did not start this. The ones bringing in “controversy” are the ones who demand to make us aware of what should be a very private matter and that we agree with their redefinition of marriage and the family.  It is they who insist on dividing conservatives by identifying first as homosexual, then as fiscal conservatives, etc. This identification declares that their purpose is not to cut spending or support small government: their primary purpose in forming a political group is to gain sympathy for their true cause.
(edited, 11AM, 7-20-11, to remove a repeated sentence. 8-9-11, for grammar and to add link to NYT story on Vermont Inn.)

One thought on “Dividing Conservatives: Who Started This, Anyway?”